The Act will set a minimum wage of R20 per hour for the majority of workers in South Africa, which will raise the earnings of an estimated six million workers, which constitutes more than half of the country’s labour force. Certain employees, including domestic workers and farm workers, are subject to a lesser minimum wage. The NMW will be subject to annual review and adjustment by the National Minimum Wage Commission. Provision is made for exemptions from paying the NMW on application by employers and employers’ organisations. The Basic Conditions of Employment Act, 1997 (“BCEA”) and the Labour Relations Act, 1995 (“LRA”) will be amended to align with the NMW Act.

A NMW is one of the legislature’s measures to reduce the high levels of inequality, unemployment and poverty in our labour market and promotes and respects the right to dignity and to fair labour practices. Whilst conceding that the NMW rate is “not enough”, the Department of Labour (“DOL”) has said that it is “a start to improving the living conditions of workers”.

The publication of the Bill follows extensive consultation between stakeholders, including organised business and organised labour, which took place in NEDLAC from 2015, and their subsequent agreement on the Bill.

Important provisions of the Act

The Act will introduce a NMW of R20 per hour for ordinary hours of work. This amount is set out in Schedule 1 to the Act, which will be subject to annual review and potential adjustment by the Minister of Labour. In terms of section 4 of the Act, every worker will be entitled to payment of a wage no less than the NMW. The only exclusions are domestic workers, for whom the minimum wage is 15 per hour, farm workers, who are required to be paid at least R18 per hour, workers employed on an expanded public works programme, for whom the minimum wage is R11 per hour, workers who have concluded a learnership agreement and those to whom an exemption applies. Where a worker is paid on a basis other than the number of hours worked, he or she may not be paid less than the NMW for his or her ordinary hours of work.

As things stand, these exceptions to the operation of the NMW will be effective for a year, whereafter they may be adjusted on review. There has been an indication that the NEDLAC stakeholders agreed that the farming and domestic worker sectors would be brought in line with the NMW within two years of its introduction.

The purpose of the Act, as set out in section 2, is to advance economic development and social justice by improving wages and protecting the lowest paid workers in our labour market, promoting collective bargaining, supporting economic policy and by protecting the value of the NMW.

Payment of the NMW cannot be waived by any party and it takes precedence over any contrary provision in a contract, collective agreement or law. The NMW must form part of a worker’s contract, unless the employee is entitled to a more favourable wage, in terms of a contract, collective agreement or law. In terms of section 4(6) of the Act, where an employer unilaterally alters wages, hours of work or other conditions of employment in connection with the implementation of the NMW, the employer’s conduct will constitute an unfair labour practice. Sections 32 and 33  of the BCEA, which concern the payment of remuneration and information about remuneration, will be applicable to the payment of the NMW.

In terms of section 5 of the Act, the calculation of a wage does not include allowances paid for transport, tools, food or accommodation, payments in kind, including for board and lodging, tips, bonuses and gifts. Provision is made for the exclusion of further categories of payment by regulation.

The primary functions of the Commission established in terms of section 8 of the Act, which will include representatives from organised labour, business and communities, will be to annually review the NMW and make recommendations to the Minister on its adjustment. The Commission will be required to set medium term targets. The secondary functions of the Commission will include investigating and reporting to the Minister on the impact of the NMW on the economy, collective bargaining and the reduction in income differentials. Included in the factors that the Commission will be required to consider in its reviews and recommendations is the effect that the NMW and adjustments will have on all types of employers and their ability to conduct business.

In terms of section 15 of the Act, employers and registered employers’ organisations will be able to apply for exemption from paying the NMW. Exemptions which are granted will be required to specify the wage that the employer is required to pay workers and may contain any other relevant condition. The period of granted exemptions may not be longer than one year. Section 16 of the Act empowers the Minister to make regulations relating to matters including the form and manner of exemptions. The Deputy Director of the Employment Standards Sub-Directorate of the Department of Labour, Unathi Rambulana, cautioned that the key to exemptions would be “disclosure”, implying that it is necessary for employers to be forthcoming regarding their inability to comply with the NMW and that employers should conduct themselves in a proactive manner in applying for exemptions and planning. Section 16 of the Act mentions that the
regulations will oblige employers to consult with employees and unions regarding exemption applications.

In line with the content of the Act, the BCEA and the LRA will be accordingly amended. Amongst the primary amendments proposed is the repealing of the sections of the BCEA that relate to the making of sectoral determinations and those that concern the Employment Conditions Commission. Existing sectoral determinations will remain in force, except to the extent that they prescribe wages below the NMW. Amendments are also proposed to provisions concerning monitoring and enforcement by the labour inspectorate, in order to provide for enforcement of compliance with the NMW and unemployment insurance. The jurisdiction of the CCMA is extended to include enforcement procedures regarding the NMW and hearing claims for underpayment in terms of the BCEA, the NMW, unemployment insurance legislation and claims arising from contracts or collective agreements.

The proposed amendments to the LRA aim primarily to strengthen collective bargaining, to facilitate proactive and speedy resolution of industrial disputes and to enhance labour market stability, by taking steps including addressing violent and protracted strikes. Provision is made, in the proposed amendments to the LRA, for advisory arbitration as a measure to resolve strikes and lock outs, which is a development that may prove to have a profound impact on employers’ practices and approach to industrial disputes.

Effect of the NMW on employers

Employees and unions will benefit from the NMW for obvious reasons, being increased earnings for workers and the improved standard of living which should progressively flow from the increase in wages. However, the effects of the introduction of the NMW on employers are difficult to predict and are likely to vary from sector to sector and employer to employer. The introduction of the NMW may cause significant loss of employment. The aforementioned SEAIS conducted by the DOL indicates that “research on the impact of minimum wages in sectoral determinations in South Africa has found that adjustments have not had significantly negative disemployment effects, with the exception of the agriculture sector”, which is positive for the labour market.

Employers and employers’ organisations would benefit from the projected increase in demand which the introduction of the NMW is intended to bring about. Benefits may accrue to employers of all sizes from the productivity gains that are associated with increased earnings and household expenditure. However, through compliance with the NMW, many employers are likely to experience an increase in their payroll costs, and many will incur the additional costs of having to go through retrenchment. 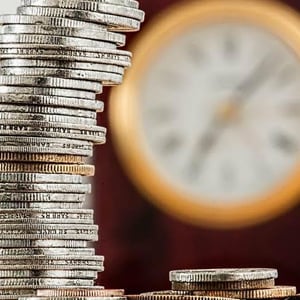