The LRA Amendments have been implemented – finally!

Section 37(c) of the Act is the portion of the new section 198 of the Labour Relations Act 66 of 1995, dealing with the registration of all temporary employment agencies, which new portion will only become operational once the necessary secondary legislation is in place. In the meantime, comment is once again being sought on categories of work to be deemed temporary services by ministerial declaration in terms of subsection 198A(1)(c) of the Labour Relations Act as amended by the Act.

We have previously canvassed the key LRA amendments and their likely impact on our clients and now that it is law, it is time to revisit this topic thoroughly to ensure that our clients are made aware of the most important aspects affecting their business:

As a result employers in a collective relationship context will no longer be able to force a change in terms and conditions (such as the implementation of a shift system) without the express agreement of all their employees or the union. The option of forcing such a change during substantive negotiations, when, among others such a change is part of the agenda, by framing the change as an operational requirement and following a restructuring process in terms of section 189 should substantive negotiations fail in this regard, has effectively been removed.

In our view the correct approach to effect such a change is to separate the issue from the substantive negotiations agenda and to treat it as a pure operational issue in a section 189 restructuring process on a separate timeline.

A fixed-term contract is one entered into for a definite period, for completion of a specific project, or until a specified event occurs, e.g. where someone fills the position of another person who is temporarily absent.

The provisions below apply only to employees on a fixed-term contract earning less than the BCEA threshold. Certain (but not all) small or new employers are also exempt:

All in all, the rule of thumb will be that employees earning less than the threshold will be regarded as permanent employees after 3 months unless the employer can prove a good (business-related) reason for the temporary nature of the appointment. After 3 months, whether they are truly temporary or have become permanent, their pay and benefits would need to be assessed and where required, adjusted.

Part-time employees earning less than the threshold and working for longer than 3 continuous months must, like temporary employees, be given terms and conditions that are on the whole no less favourable than a comparable full-time person doing the same or similar job and must be given no less favourable access to training and skills development as their full-time counterparts. This will apply to all part-time employees irrespective of when the agreement was entered into between the parties, however for employees employed prior to the commencement of the Act, a 3 month grace period will apply. In addition, from the commencement of the Act, all part-time employees must be given the same access to opportunities to apply for vacancies as full-time employees. (s198(2) to (5)).

You will be permitted to differentiate i.t.o. pay and benefits if this is based on, e.g. experience, length of service, seniority (of the appointment), merit or performance. (s198D(2)).

Employees working less than 24 hours a month and certain small or new employers are exempt from the entire section. (s198C(2))

The provision and use of TES are now governed by s198 and 198A. The provisions regarding other non-standard employees (i.e. fixed-term and part-time) apply equally to the TES, who is the ‘real’ employer of the employees who perform work for the client (s198(2)). For example, in terms of section 198B, if a fixed-term employee of a TES earns less than the threshold, he/she must be appointed on a permanent basis by the TES after 3 months, unless the broker has a justification for continued temporary appointment of the employee. After 3 months, the employee must not be treated less favourably than a comparable permanent employee, unless there is a justification for the difference in treatment (i.e. merit, length of service, etc.).

The TES must comply with any bargaining council agreement or Sectoral Determination applicable to the client, irrespective of the earnings level of the TES’s employees.

A ‘temporary service’ is defined as meaning work for a client performed by an employee for a period less than 3 months, or where an employee of the client is temporarily absent, or where permitted by a collective agreement, Sectoral Determination or in a notice published by the Minister (s198A(1)). If an employee is not performing such work they will be deemed to be the employee of the client (s198A(2)) on an indefinite basis unless justified in terms of section 198B.

This would among others mean that the deemed employees will have organisational rights in the client’s workplace, should be treated as employees for the purposes of all dispute resolution procedures and in all dispute resolution forums, and can participate in strikes (and can be locked out).  Clients will therefore have to ensure that they protect themselves against unfair conduct by the broker by requiring certain guarantees of fair treatment; an indemnity; and also, e.g. that no disciplinary decisions can be taken without the client’s oversight or in fact only by the client whilst TES employees are employed by the client. Similarly, it might be useful to require the broker to copy in the client on any grievances received, or to require of TES employees that any grievances must be dealt with i.t.o. the client’s grievance procedure.

The amendments prohibit any scheme in terms of which employees are replaced or their  services terminated in order to escape the provisions of the deeming provision.  Such a termination is viewed as a dismissal.

If an employee of the TES working for a client is dismissed and replaced by a new employee before 3 months have expired, the employee may now have 3 claims: (1) on the basis that he/she reasonably expected permanent appointment (when he/she was appointed on a fixed- term basis by the TES); (2) non-renewal of the fixed-term contract (where there was a reasonable expectation of renewal); or (3) a claim that his/her replacement constitutes a dismissal because it was effected to circumvent the provisions of the Act.

It was previously mooted in an earlier draft of the amendment Bill that high-income earners will be excluded from unfair dismissal protection. High-income earners will be glad to hear that this provision has bitten the dust, most probably because it would have been unconstitutional. However, the Act does provide for the pre-dismissal arbitration option, now called an “Inquiry by arbitrator” to be built into the contracts of employees earning above the threshold. This involves a once-off in-house hearing by an accredited arbitrator without the need for an internal hearing, appeal and conciliation followed by arbitration at the CCMA or Bargaining Council (s188A).

Clients might want to consider incorporating a provision to this effect in the contracts of senior employees: experience suggests that disputes involving these employees are often drawn out and are expensive affairs. Using this mechanism will save costs, time and create certainty sooner than would be the case otherwise.

The amendments also provide that:

it may apply for and be awarded full organisational rights, including the right to elect shop stewards (s21(8A)). Such union will however lose these rights where it is no longer most representative (s21(8B)). Note that there still is no statutory duty to bargain with that or any other union.

In certain circumstances certain organisational rights may be granted by an arbitrator to a union or unions acting jointly where they do not meet the representativeness requirement in a collective agreement but they in any event represent a sufficient interest or a substantial number of employees. (s21(8C)).

A trade union representing employees of a TES may exercise any organisational rights it is entitled to in the workplace of either the TES or the client. And the term “employer’s premises” in chapter III should be read to include “client’s premises” (s21(12)) and any arbitration award issued in terms of organisational rights as it relates to a TES that has employees covered by the award assigned to a client or relies on any other employer who controls access to the workplace to which the award applies (and which parties were also given an opportunity to participate in arbitration) may also be made binding on the client or the employer who controls access to the workplace (s22(5)).

Employees are now prohibited from participating in a strike or lockout if the issue in dispute is governed by any employment law legislation (and not just disputes in the LRA) (s65(1)(c)).

The mooted requirement that unions should conduct a ballot before striking has not materialised and therefore the status quo remains: unions are only required to follow the LRA procedures and adhere to their own constitutions when calling a strike.

A new provision (s69(6))) provides for the right to picket against an employer on the premises of someone that is not the employer, e.g. in a shopping mall. However, the owner of the property, the landlord, has a right to be heard before picketing rules are determined by the CCMA.

The enforcement of arbitration awards is being made more efficient (s143). Furthermore, a review will no longer stay the arbitration award unless the applicant for review furnishes security of 24 months’ remuneration if the employee has been reinstated or re-employed in terms of the award or an amount equivalent to the amount of the compensation awarded (s145(7) and (8)). This will severely limit the financial viability for an employer in bringing a review application, especially small employers.

The new Section 200B seems to be largely overlooked in the commentary on the new Act, maybe because it is unclear as to whom it will apply. However, we believe it is significant. The result of the amendment is that a person or persons who carry on associated or related activity or business through or by an employer will be held to be the employer and will be jointly and severally liable with the ‘true’ employer if the intent or effect of their associated or related activity or business is or has been to directly or indirectly defeat the purposes of any employment law. Certain service level agreements, independent contractors, outsourcing agreements and subcontracting immediately spring to mind!

Section 198D has created a whole new dispute sphere that can be referred to the CCMA or Bargaining Council with jurisdiction for conciliation and arbitration, i.e. any dispute regarding the interpretation or application of sections 198A, B and C (i.e. non-standard employees). This type of dispute has different time limits for initial referral than a dispute involving a dismissal with a time period of 6 months after the act or omission for initial referral to conciliation and 90 days for referral to arbitration thereafter. 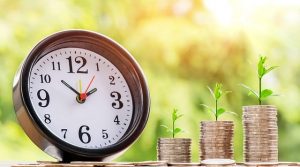