During the first quarter of 2014, we circulated an article regarding the proposed amendments to the Employment Equity Act (EEA). The long awaited amendments were finally assented to on 14 January 2014. The President has now determined the effective date as 1 August 2014 by Notice in the Government Gazette.

In light of the above, we have decided to recirculate the article, with some minor tweaks, to highlight the amendments to the EEA. The main purpose of the amendments are to ensure that the EEA complies with relevant ILO standards; improve enforcement, e.g., by increasing fines and align the EEA with the proposed amendments to the LRA, which has also been assented by the President on 17 August 2014 by Notice in the Government Gazette, and BCEA.

The courts have held in a number of decisions that the principles of ‘equal pay for equal work’ and ‘equal pay for work of equal value’ are implicit in the old section 6 of the EEA. Section 6 prohibits unfair discrimination and harassment on certain listed and unlisted grounds. The principles of equality are expressly introduced in section 6 of the EEA by adding a fourth sub-clause which states that it is also unfair for an employer to differentiate between employees’ remuneration on one or more of the grounds of discrimination where those employees provide work of the same or ‘substantially the same’ or ‘equal value’. The burden of proof is on the employer to show that any differentiation is in fact based on fair reasons such as experience, skill, responsibility and qualifications. The EEA, as amended, does not prohibit differentiation outright: it must be based on an unfair discriminatory reason. In addition, the Minister may prescribe the criteria and prescribe the methodology for assessing work of equal value contemplated by the proposed amendment after consultation with the Employment Conditions Commission. The addition does not seem to change the law as it stands at present to any significant extent, if at all.

The definition of a designated group has been amended. In terms of the EEA, as amended, beneficiaries of affirmative action measures will be limited to black people, women, and people with disabilities who are citizens of South Africa by birth or descent.

In terms of the amendments to section 8 of the EEA, only psychometric tests or assessments that have been certified by the Health Professions Council can be used in assessments.

Section 10 of the EEA is radically changed by the insertion of subsection 6(aA). Subsection 6 has been changed to allow employees to refer a dispute regarding alleged unfair discrimination on the grounds of sexual harassment to the CCMA for arbitration. In addition, employees earning below the threshold of section 6(3) of the BCEA, namely R205 433.30 per year, will now have the right to refer any other dispute to arbitration in the CCMA after conciliation instead of the Labour Court. A new subsection 8 provides that an unhappy respondent may appeal to the Labour Court against such an award within 14 days of the date of the award, but the Labour Court, on good cause shown, may extend the period within which that person may appeal.

Sanctions have been streamlined in the sense that it is easier for the Director-General to impose sanctions on the employer for not following the EEA. Section 20 dealing with the EE plan is amended by adding a clause allowing the Director-General to apply to the Labour Court to impose a fine in accordance with Schedule 1, if a designated employer fails to prepare or implement an employment equity plan.

Enforcement provisions of the EEA are simplified by eliminating unnecessary mandatory steps as well as mandatory criteria that must be taken into account in assessing compliance with the EEA. The amendments promote effective enforcement and may prevent the tactical use of reviews as a mechanism for delaying the enforcement process. However, it will not prevent employers aggrieved by decisions from challenging these decisions at an appropriate juncture.

Section 36 dealing with the undertaking of the employer to comply with a labour inspector’s request has been deleted. Labour inspectors can still enter, question and inspect the employment equity actions of employers but do no longer have to get an undertaking to comply and may immediately request and obtain a written undertaking from the designated employer. In addition, they can immediately approach the Labour Court in terms of the new section 36(2) to make the employer’s written undertaking or any part thereof a compliance order if the employer failed or refused to consult, conduct an analysis, publish a summary of its report, assign responsibility to a senior manager, inform its employees of the EEA or failed to maintain records.

A new section 37(1) provides that the labour inspector may immediately issue a compliance order to a designated employer if the employer refused to give a written undertaking when requested to do so. The same applies if the employer failed to comply with a written undertaking given regarding its refusal to consult, conduct an analysis, publish a summary of its report, assign responsibility to a senior manager, inform its employees of the EEA or his failure to maintain records.  If the employer does not comply the Director General may amend the order or apply to the Labour Court to make the compliance order an order of the court.

The employer does not have the right to object or appeal the order to the Director General any more as these processes in terms of sections 39 and 40 are repealed. The aim hereof is to simplify the procedure and not to allow delaying of the enforcement of the EEA via objections and appeals to the Director General. An employer’s objections will in future be heard by the Labour Court only.

The introduction of the new sub section 42 (dA) requires the employer to show as part of the assessment, the reasonable steps it has taken to appoint and promote suitably qualified people from the designated groups. Finally, the sentence ‘demographic profile of the economic active population’ has been omitted.

Prior to these amendments to the EEA, a designated employer had a positive obligation to identify and eradicate unfair discrimination. In terms of the new sub section 27(2), another positive obligation has been added, i.e. to take measures to progressively reduce any disproportionate income differentials or unfair discrimination by virtue of a difference in terms and conditions of employment [as contemplated in s6(4)] subject to guidance by the Minister on reducing income differentials and differences in terms and conditions of employment.

Keeping in tune with the other legislative amendments, the section dealing with labour brokers has been repealed.

Schedule 1 was amended by substantively increasing fines to almost three times that of the principal Act. The turnover threshold contained in Schedule 4 to the principal Act, in addition, has also been increased threefold.  Moreover, an employer’s annual turnover could be taken into account in determining the maximum fine that may be imposed for substantive failures to comply with the EEA.

The EEA as amended, will almost certainly lead to more prosecutions for non-compliance with the affirmative action provisions of the EEA and an increase in the number of cases involving equal pay claims, now that the matter is given prominence in the Act. While the closing of loopholes to prevent recalcitrant employers from using technical points to avoid compliance is to be welcomed, we are concerned – based on experiences of our some of clients – about the willingness and capacity of the Department of Labour to administer the Act’s provisions in an unbiased, correct and efficient manner. Further, we doubt whether the introduction of heavier fines for non-compliance will necessarily ensure better compliance: a hearts-and-minds campaign coupled with a more sympathetic approach towards employers who are committed to promote transformation but who are faced with many obstacles in doing so needs to form part of the package, we believe. If a carrot and stick approach is the best way of changing mind-sets regarding the need for transformation – which we believe to be the case – the stick appears to get bigger with the new amendments while the carrots remain absent. Ultimately the cost of compliance will simply increase the cost of doing business and be passed through to the end users without any tangible benefits in terms of transformation. 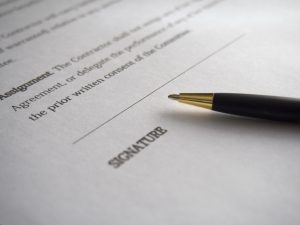