Is Commission Included in the Calculation of the National Minimum Wage?

The latest from the CCMA and our view

Recently, in the matter of Workers Against Regression obo Motshegetsa and Others v Atlas Finance [2021] 3 BALR 332 (CCMA), the CCMA had to decide whether the employer was complying with the National Minimum Wage Act (the Act). More specifically, the CCMA had to determine whether the payment of commission is included in the calculation of the minimum wage.

All the Applicants were employed as sales representatives and they claimed that the Respondent paid them less than the national minimum wage during 2019 and 2020. The Applicants referred a dispute to claim the shortfall.

The Applicants were being paid basic salaries of R1000 and R750 respectively.

The Applicants argued that the inclusion of commission as a wage or salary is not in line with the Act’s intention and purpose.

The Respondent argued that remuneration includes commission and that commission is not specifically excluded in the Act. The Respondent contended that, with commission, the Applicants were all earning above the minimum wage and that if their earnings fell short of the prescribed amount in any particular month, they were topped up.

The CCMA held that in terms of the Act, “wage” is defined as the amount of money paid or payable to a worker in respect of ordinary hours of work or, if they are shorter, the hours a worker ordinarily works in a day or a week.

Based on the definition of “wage”, the CCMA held that the Respondent is not paying the Applicants according to the hours they worked.

The CCMA held that the Respondent, by including commission in its calculation of the minimum wage interpreted the Act incorrectly.

The CCMA held that the Respondent had not complied with the Act and ordered the Respondent to pay each employee the shortfall, and to pay a fine for non-compliance.

The total award for the shortfalls and fine was just over R1m.

The Commissioner in the aforementioned matter, it appears, only considered the definition of “wage” and did not take into account the fact that commission is not specifically excluded from “wage” in the Act.

It is our view that, despite the award in the aforementioned matter, the provisions of the Act appear to still allow scope for commission to be included in the calculation of the minimum wage for the purposes of the Act provided that the wage is topped up in the event of a shortfall.

It would be interesting to see whether the aforementioned matter has been / will be taken on review, and if so, how the labour court will unpack and deal with the fact that commission is not specifically excluded in the Act.

Employers who are paying employees a basic wage plus commission and who want to adopt a conservative approach to the payment of the minimum wage, may want to consider an increase in the basic wage to the national minimum wage whilst also increasing the threshold for earning commission.

For any advice in this regard, please do not hesitate to contact us. 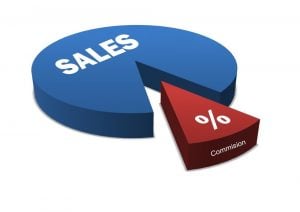