In the matter of Naidoo and Another vs Standard Bank SA Ltd and SBG Securities (Pty) Ltd (Case No: J1177/190) the Labour Court held that when an employee resigns with immediate effect, the employment relationship ends and accordingly an employer has no power to discipline an employee if such employee has resigned before the date of the disciplinary enquiry. According to the Labour Court, for the employer to continue with disciplinary action, it should approach the courts for an order to have the employee serve his or her notice period. This matter has brought about more uncertainty as this is the third case in as many years dealing with an employer’s power to discipline employees post their resignation, and all three cases seem to adopt different views.

In 2016 in Mtati v KPMG Services (Pty) Ltd, the Labour Court found that an employee is entitled to terminate their contract of employment by resigning “with immediate effect”. This was distinguished from a situation where an employee resigns and serves their contractual notice period. In terms of this decision, employees were able to avoid having to serve notice and could thereby avoid being subjected to disciplinary proceedings.

The primary issue to be determined by the court in Mtati was when employment was terminated, which hinged on the court’s interpretation of when resignation took effect. The court declared the employee’s dismissal null and void and held that she was not required to seek the consent of her employer to resign with immediate effect during the notice period. The court in Mtati relied primarily on incorrect interpretations of two previous court decisions.

Subsequently, in June 2018, in Coetzee v The Zeitz MOCAA Foundation Trust and others, the Labour Court – with reference to previous court decisions – set out the legal position as being that an employee’s contract of employment comes to an end only once resignation has taken effect at the end of their notice period. This was the legal position prior to Mtati. Of course, in terms of this position, the employer may waive the employee’s obligation to serve their notice period.

Naidoo and Another v Standard Bank

In Tristyn Naidoo and Sedayshum Naidu v Standard Bank SA Ltd and SBG Securities (Pty) Ltd, – a judgment handed down in June 2019 – the Labour Court held that an employer is not permitted to discipline an employee who has resigned with immediate effect prior to their disciplinary hearing being held. According to the court, the employer would have to seek and obtain an order of specific performance against the employee before they would have the power to discipline the employee.

Two employees were charged with gross misconduct and dishonesty after they had resigned with immediate effect. The employer’s response was to refuse to accept the resignations on these terms and to seek to hold the employees to their notice periods. The employees subsequently approached the Labour Court seeking an urgent interdict.

The court confirmed the principle that where an employee resigns without giving notice, they commit a breach of the contract of employment. However, contrary to the Coetzee judgment, the court held that there is no legal basis on which an employer may proceed to hold a disciplinary hearing without first approaching the court for an order of specific performance. The court made reference to the Labour Court’s decision in Vodacom (Pty) Ltd v Motsa and Another, in which it was held that where an employee has committed such a breach of contract, the employer may seek an order of specific performance against the employee in order to hold them to their contract.

The standard approach in terms of South African case law and of legal commentators has been that specific performance of the obligation to work should generally not be granted against an employee.

Contrary to this position, In Santos Professional Football Club (Pty) Ltd v Igesund & another, a full bench of the Cape division of the High Court ordered an employee, football coach Gordon Igesund, to continue to serve the remainder of his fixed-term employment contract. This was the first case in South Africa in which a court granted specific performance of the obligation to work against an employee. However, the Santos judgment did not change the standard approach. There were specific facts at play which led the court to order specific performance.

Four primary considerations caused the court to make such an order. Firstly, the court held that the contract in question was not an ordinary contract of employment, because it contained a clause expressly granting the parties the right to sue for specific performance in the case of a breach, the employee was given carte blanche in the execution of his primary duties of coaching and team selection and the parties had contracted on equal terms, as displayed by the considerable remuneration which the employee was entitled to. Secondly, specific performance is the primary remedy for breach of contract. Thirdly, the employee’s decision to terminate the employment relationship was primarily a commercial one and did not result from a breakdown in the relationship between the parties. Lastly, the court held that courts should only refuse to enforce specific performance where a “recognised hardship to the defaulting party” is proved and that such hardship was not proven by Igesund.

In Nationwide Airlines (Pty) Ltd v Roediger and Another, the Labour Court also granted specific performance in favour of an employer, in this matter in respect of the employee’s three month notice period. Exceptional circumstances were at play in Nationwide Airlines, too.

We support the view of the Labour Court in Coetzee.

We view the current position as being legally uncertain, in light of these conflicting judgments by the same court, and in the event that an appeal is heard in the Standard Bank matter, there may well be clarity on the legal position. 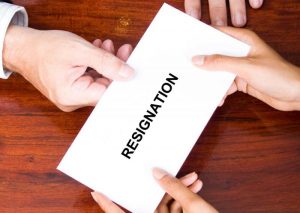