Toyota SA Motors (Pty) Ltd employed Makoma Makhotla in 2006.  Makhotla failed to report for duty from 28 February to 3 March 2011.  When it became evident that Makhotla would be unable to report for duty, he unsuccessfully attempted to locate his supervisor, Ms. Mukhavhuli, on her mobile phone.  Furthermore, he contacted one of the senior managers within his division, Mr. Hawkins, and reported to him.  He also sent message to Mukhavhuli by SMS, indicating that it would take him three days to address the issue that caused his absence from work.

When Makhotla returned to work on 4 March 2011, he was served with a notice to attend a disciplinary enquiry.  Three days later, on 7 March 2011, Makhotla tendered a notice of resignation with effect from 31 March 2011.  He was informed that despite his resignation he would be disciplined.  Human Resources refused to accept the resignation.  Makhotla was charged for being absent from work without leave for four days without advising Toyota of his whereabouts and providing an acceptable reason.  The disciplinary hearing was held on 24 March 2011 and Makhotla was dismissed on that date.

Toyota applied to review the arbitration award in the Labour Court (“LC”) in 2011.  This application was lodged within the six weeks period required by the Labour Relations Act 66 of 1995 (“LRA”).

In 2013 Mr. Makhotla and his union, the Retail and Allied Workers Union (“RAWU”), applied to the LC to dismiss the review application because of the prolonged delay.  Notably, this was approximately twenty two months after Toyota’s review application was lodged in the LC.

Consequent to the above, Toyota sought leave to appeal in the Constitutional Court (“CC”) against the LC’s judgment, suggesting that the LC had erred as Toyota found it difficult to reconstruct the missing record of the arbitration proceedings.

In considering the correctness of the LC decision, the CC considered the sequence of events that Toyota took from the date of the arbitration award until the launching of the dismissal application. The CC considered the purpose of the LRA, in particular:

“The LRA introduces a simple, quick, cheap and informal approach to the adjudication of disputes.  This alternative process is intended to bring about the expeditious resolution of labour disputes…  Any delay in resolving a labour dispute could be detrimental…”

The CC held that from the sequence of events, it was evident that in twenty two months Toyota did very little to prosecute the review.  The approach to procuring a full record of the hearing was not diligent, the prosecution of the review was not expeditiously pursued and the explanation for the delays was not reasonable.

The Court further emphasised that “there comes a time in any case where a party’s disregard for procedure and delay in pursuing the matter is so extensive that they will be penalised irrespective of the merits of the case.”

The party who initiated the review application, Toyota, was obliged to take steps to reconstruct the record as soon as it became aware that there was a problem with the record, which was in February 2012.  Consequently the CC refused the leave to appeal with costs.

What can be adduced from the above decision is that when exercising the remedies available within the LRA, a party must ensure that they uphold the purpose of the LRA which entails resolving disputes expeditiously.  A litigant should not exercise the available remedies with the intention of prolonging proceedings or of depriving the other party of his or her right to enforce relief granted. 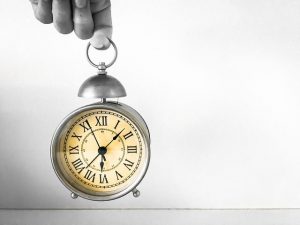