Employees can no longer unilaterally resign with immediate effect

In the case of Mtati v KPMG Services (Pty) Ltd (2017) 38 ILJ 1362 (LC), the Labour Court found that, after having resigned by giving notice, an employee is entitled to terminate his or her contract of employment by way of a further unilateral act of resignation during the notice period. As a result, employees were able forego serving their notice periods and were thereby able to avoid being subjected to disciplinary proceedings where they had terminated their employment in such a manner.

The primary issue to be determined by the court in Mtati was when employment was terminated, which hinged on the court’s interpretation of when the employee’s resignation took effect. Kalipa Mtati, who was employed in a senior position at the auditing firm and had allegedly failed to disclose information relating to alleged conflicts of interest, had first tendered her resignation with notice and over a week later informed her employer that she had resigned “with immediate effect”.

The court in Mtati declared the employee’s dismissal null and void and went on to state that the employee is not required to seek the consent of his or her employer to resign with immediate effect during the notice period.

The court in Mtati relied primarily on the Constitutional Court’s decision in Toyota SA Motors (Pty) Ltd v Commission for Conciliation Mediation and Arbitration & others (2016) 37 ILJ 313 (CC) and that of the Labour Court in Lottering & others v Stellenbosch Municipality (2010) 31 ILJ 2923 (LC). However, the court’s interpretation of this legal precedent was incorrect, as neither Toyota nor Lottering support the proposition that an employee is entitled to evade the obligation to serve a notice period by resigning with immediate effect.

Facts of Coetzee v The Zeitz MOCAA Foundation Trust and others

Impact of the Coetzee decision in light of Mtati

The judge made mention of the fact that the Labour Court’s decision in Mtati was overturned ex tempore by the Labour Appeal Court and that there was no need for her to consider that judgment or apply it to the facts of the matter before her.

The judge clarified the legal position that an employee’s contract of employment comes to an end only once his or her resignation has taken effect at the end of the notice period and she referred to the Toyota decision in this regard.

The legal position was confirmed to be the position prior to the Mtati judgment and the court in Coetzee confirmed that the conventional and well-established principles pertaining to resignation and breach of contract are in force.

Where an employee purports to resign without notice, this constitutes a breach of contract. The employer may then elect to either accept the breach and claim damages for loss suffered or enforce specific performance by the employee, by holding him or her to the service of the notice period. The employee may forego the requirement to serve notice only where the employer has waived this requirement, as set out in section 38 of the Basic Conditions of Employment Act. The employer is required to pay the employee the remuneration he or she would have received if he or she had worked during the notice period, unless the parties agree otherwise. In such cases, the contract comes to an end immediately when the employee is relieved of his or her duties.

The Coetzee decision has brought certainty and clarity after the Mtati decision threw this aspect of employment law into turmoil in 2016. 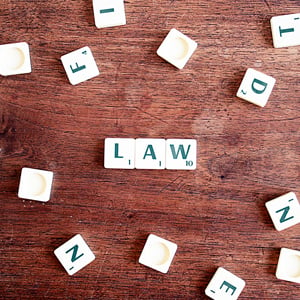