“Do you want a lover tonight?” Found to be more than just trying his luck – The Labour Appeal Court’s Review

“After dinner at a guest lodge during a business trip to Botswana, Adrian Simmers (hereinafter referred to as ‘the Respondent’ or ‘Mr. Simmers’) invited another guest, Catherine Markides (hereinafter referred to as “Ms. Markides”) to his room.  Ms. Markides was not a co-employee but an external consultant who worked for Loci Environment (Pty) Ltd.  Mr. Simmers and Ms. Markides were both in Botswana relating to a joint project their companies were working on.

According to Ms. Markides, the Respondent, in addition to the room invitation, told her that he felt lonely and made advances towards her.  She refused the request and the Respondent asked her to phone him in the middle of the night if she changed her mind.

According to the Respondent, he asked Ms. Markides once and half-jokingly, ‘do you want a lover tonight?’  After Ms. Markides rebuffed the request, he said to her: “come to my room if you change your mind”.  This was merely a once-off incident and he did not persist with his conduct after she rebuffed him.

Ms. Markides complained that she felt insulted and shocked by the Respondent’s conduct and also voiced concern about comments made by the Respondent about another male colleague who was present at the lodge, a one Mr. Le Roux.  After she informed the Respondent’s employer, Campbell Scientific Africa (‘the employer’), about the incident, the Respondent was charged with sexual harassment and was subsequently dismissed.”

“The commissioner at the CCMA found that Mr. Simmers’ conduct constituted sexual harassment as the verbal sexual advances made to Ms. Markides were unwelcome and related to the workplace.

The CCMA also found that Mr. Simmers had acted in an unprofessional manner in making remarks to Ms. Markides about Mr. Le Roux behind his back which could have had the effect of bringing the company’s name into disrepute.”

The dismissal was thus held to be fair.

Upon the CCMA finding that dismissal was fair; Mr. Simmers approached the LC on review.  The court had to establish whether or not the remarks made by the Respondent, in particular “do you want a lover tonight?” and “come to my room”, constituted sexual harassment or “mere sexual attention?” And if the words “do you want a lover tonight” do constitute sexual harassment, whether they are sufficiently serious to justify a dismissal?

The LC held that (own emphasis):

“…misunderstandings are frequent in human interaction.  An inappropriate comment is not automatically sexual harassment.  This was a fundamental error made by the commissioner.  Mr. Simmers’ comment was sexual attention, crude and inappropriate as it may have been.  It was a single incident.  It was not serious.  It could only become sexual harassment if he had been persisted in it or if it was a serious single transgression.  There was no workplace power differential, the parties were not co-employees, and the incident took place after work.  The conduct was an inappropriate sexual one, but it did not cross the line to constitute sexual harassment”

The LC found that Mr. Simmers’ verbal conduct was not a demand for sex.  It was an unreciprocated advance.  In blunt terms, he was “trying his luck”.  It was inappropriate but it did not justify a dismissal.  There was no power differential between the parties and the conduct did not create a hostile working environment for Ms. Markides.  Consequently, no reasonable commissioner could have found that the incident justified a dismissal.

In terms of the LC fair discipline would have been some form of a corrective discipline (written or final written warning).  The decision of the commissioner was found to fall outside the ambit of reasonableness and consequently the dismissal was held to be substantively unfair.  Mr Simmers was reinstated retrospectively with a final written warning valid for 12 months.

Aggrieved by the LC judgment, the employer took the review outcome to the Labour Appeal Court.

In reaching its conclusion, the LAC made reference to the constitutional democracy; the definition of ‘sexual harassment’ in both the 1998 and the Amended Codes of Good Practice on Handling Sexual Harassment Cases (hereinafter referred to as the ‘Codes’).

The LAC held that:

The appeal was upheld and the order of the LC was set aside and dismissed.

The principle of ‘take your victim as you find them’ may result in some employees being more tolerant to comments that might be received as sexual harassment by another.  However, the perpetrator’s intention when committing the act in question is less relevant for purposes of the tests for sexual harassment, as outlined in the Codes.  Therefore, what we should take away from the Simmers-case is that employers and employees should not underestimate the gravity of sexual harassment complaints.  This case calls for employers to draw a sharper line between behaviour and speech that is acceptable within its workplace culture, and to commit to protecting employees’ human dignity by enforcing prohibitions against unfair discrimination.  To this end, employers can follow various steps to prevent sexual harassment in the workplace, i.e: 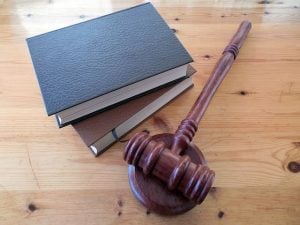