In its decision in Chowan v Associated Motor Holdings (Pty) Ltd & others (2241/16  23/3/2018), the Gauteng Local Division High Court awarded delictual damages to Adila Chowan, former group financial manager of Associated Motor Holdings (AMH), who had been referred to by the chief executive officer (CEO) of Imperial Holdings Ltd, Mark Lamberti, as “a female, employment equity” candidate and ended up being dismissed.

Damages were awarded on the basis of common law delictual principles and not in terms of labour law legislation. Chowan chose not to rely on the protection provided by the Labour Relations Act, 66 of 1995 (LRA) and the Employment Equity Act, 55 of 1998 (EEA), but instead on the actio legis Aquilia, for pure economic loss, and the actio iniuriarum, for injuries to her reputation and dignity. The court will deal with the issue of quantum of damages separately to the issue of liability.

The facts of the case are as follows:

A meeting was held during April 2015, Chowan present, as well as Lamberti, a Mr de Canha, the erstwhile CEO of AMH, a Mr Janse van Rensburg, the chief financial officer (CFO) of AMH, and a Mr Arbee, who was the CFO of Imperial Holdings at the time. At the meeting, Lamberti referred to Chowan as –

“a female, employment equity, technically competent, they would like to keep her but if she wants to go she must go, others have left this management and done better outside the company, and that she required three to four years to develop her leadership skills.”

(referred to by the court as “the utterance”)

Claim for damages as result of economic loss

The court awarded damages against AMH for the economic loss which Chowan suffered through the wrongful and intentional acts of her employer in contravening section 3 of the Protected Disclosures Act, 26 of 2000 (PDA), by subjecting her to occupational detriments as a result of her having made protected disclosures.

It was held that the suspension imposed on Chowan, the disciplinary hearing which was held regarding her conduct and her subsequent dismissal constituted occupational detriments in terms of the PDA and that the grievances which she had lodged constituted protected disclosures to her employer in terms of section 6 of the PDA. The court held that AMH, as Chowan’s employer, was liable for these damages, but that Imperial Holdings and Lamberti were not liable, as they were not Chowan’s employer. The PDA only places obligations on employers.

As regards the decision to impose liability on the employer for economic loss suffered by Chowan, the following excerpt from the judgment indicates the important factors which were considered by the court.

“[60] The present matter, in my view, is a classroom example of an appropriate case where delictual liability should be imposed. There are ample public-policy reasons in favour of imposing liability. The constitutional rights to equality and against unfair discrimination are compelling normative considerations. There is a great public interest in ensuring that the existence of systemic discrimination and inequalities in respect of race and gender be eradicated. As blatant and patent as discrimination was in the days of apartheid, so subtle and latent does it also manifests itself today. The protection afforded to an employee, such as Ms Chowan, by the PDA against occupational detriments by her employer on account of having made a protected disclosure that was ‘likely’ to show unfair racial and gender discrimination, is one of the measures taken by the legislature to eradicate the existence of systemic discrimination and inequalities. If employers are too easily insulated from claims for harms, such as the occupational detriments to which Ms Chowan was subjected to on account of having made a protected disclosure to her employer, they would have little incentive to conduct themselves in a way that complies with the provisions of s 3 of the PDA.”

The court dismissed the defendants’ arguments that the High Court did not have jurisdiction to hear the matter and that delictual liability should not be extended to matters of the nature of the one before the court, because Chowan had alternative remedies available to her in terms of the EEA and the LRA. In doing so, the court made it clear that the effect of section 157 of the LRA is that remedies which lie in the High Court and Equality Court in respect of labour and-employment-related disputes may be heard by those courts and only cannot be dealt with by those courts where the LRA creates specific remedies in terms of which the Labour Court has exclusive jurisdiction.

Claim for damages as result of injuries to reputation and dignity

The court distinguished between the concept of dignity in terms of our Constitution and in terms of the common law. The constitutional meaning of dignity is wider than the common law meaning and covers a number of different values, for example, it protects an individual’s right to reputation and the right to a sense of self-worth. However, under the common law, the meaning is narrower and is confined to the person’s feeling of self-worth. The court held that the term had been used by Chowan in the common law sense and that, therefore, the issue of reputation forms part of her claim for defamation.

The claim for the impairment of one’s dignity comprises both a subjective and objective element. The court held that the subjective element, which requires that the individual must in fact feel insulted, was clearly established. This is based on the evidence that Chowan had never been addressed in that manner before and that she was “extremely upset, humiliated, degraded and objectified” by being labelled as a female employment equity candidate, without recognition of her professional qualifications, extensive experience and achievements. Furthermore, it had been said in the presence of senior executives in the business. The objective element, which centres on the question of whether the reasonable person would conclude that Chowan had suffered palpable and actionable injury to her feelings, was also established.

To be successful in her claim for defamation, Chowan was required to prove that Lamberti’s utterance is considered defamatory material. Chowan elected to rely on the ordinary meaning of the utterance to prove her claim and the court held that the ordinary meaning given to Lamberti’s words by the reasonable person, in context, is not defamatory of her.

Chowan may have avoided the remedies mentioned above, because she did not want to be reinstated or because she considers the maximum amount of compensation in terms of a claim for automatically unfair dismissal, being two years’ salary, to be insufficient reparation for the economic loss which she suffered and the injuries which she alleged she suffered to her name and dignity.

Employers should pay regard to the possibility of employees pursuing delictual claims in the event of their dismissal or where they allege that their rights have been infringed. Employers should be especially awake to this possibility in the case of senior employees, for a number of reasons, including the high risk of reputational damage linked to increased publicity of organisational employment relations at the level of senior management and the high financial risk resulting from potential claims, due to the higher remuneration received by such employees and the increased risk of reputational damage. 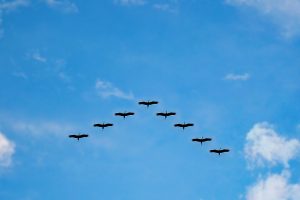