ConCourt Judgments in 2018 on race-related misconduct

The court’s decisions in Rustenburg Platinum Mine v SAEWA obo Bester and Others and Duncanmec (Pty) Ltd v Gaylard N.O. and Others set out principles on how employers are required to deal with race-related misconduct in the employment environment

In a unanimous judgment, the Constitutional Court found that the use of the term “swart man” by an employee of the mine, a Mr Bester, when referring to an employee of a sub-contractor who is African, a Mr Tlhomelang, was racist and derogatory, after the Labour Appeal Court (LAC) had found that it was not. The ConCourt upheld his dismissal. We published an article on the LAC judgment in July 2017.

The court applied an objective test in determining whether the use of the term was pejorative and it rejected the LAC’s starting point that phrases are presumptively neutral, as it “fails to recognise the impact of the legacy of apartheid and racial segregation that has left us with a racially charged present”.

During a meeting, Bester had said to the mine’s chief safety officer “verwyder daardie swart man se voertuig”, with reference to an issue he had with Tlhomelang’s parking.

The arbitrator ordered that the employee be reinstated. This was then reviewed and set aside by the Labour Court (LC), which found that Bester was guilty of serious misconduct, and the employee appealed against this decision.

The LAC adopted an objective approach, but also adopted the approach that the term swart man is neutral on the face of it and that it was “equally plausible” that Bester had referred to Tlhomelang’s race in order to describe him, as his name, rank and division were unknown to Bester. The

ConCourt found that the LAC’s test was too strict and that it had misdirected itself by finding in Bester’s favour on the basis of a defence which Bester had not raised and which was not supported by the evidence, as the arbitrator had. In fact, Bester’s defence throughout was that he had not used the term at all during his conversation with the chief safety officer and Bester and his employer agreed that the use of the terminology would constitute derogatory language worthy of dismissal.

The ConCourt described the objective test which it applied as being whether a reasonable, objective and informed person, on hearing the words would perceive them to be racist or derogatory.

The court held that the reality of the history of institutionally entrenched racism in South Africa cannot be ignored and that the term swart man is “racially loaded”, which causes it to be “derogatorily subordinating”. It found that the LAC had “sanitised” the context in which the term was used, without considering the use of racial descriptors in the context of post-apartheid South Africa, as a starting point.

The ConCourt found that dismissal was appropriate. It is important to note that the mine, being a responsible employer in a racially charged industry, had circulated a memorandum days prior to the incident warning employees against abusive and derogatory language and introducing a policy in terms of which racial abuse could lead to dismissal for a first offence. The lack of any remorse on Bester’s part and his failure to acknowledge the racist and inappropriate nature of his conduct was to his detriment.

In Duncanmec, the ConCourt considered a case in which nine employees, who were members of NUMSA were dismissed for misconduct committed during an unprotected strike. They were charged with having “behaved inappropriately by dancing and singing racial songs in an offensive manner”. The employees had participated in singing an isiZulu struggle song which translates as “climb on top of the roof and tell them that my mother is rejoicing when we hit the boer”.

At arbitration, the employees were reinstated and awarded three months’ compensation. The employer subsequently applied to have the arbitration award reviewed and set aside. The LC dismissed the employer’s application and, thereafter, the Labour Appeal Court rejected the employer’s request for leave to appeal against the LC’s decision. Duncanmec then approached the court of final instance, the ConCourt, seeking to appeal against the Labour Appeal Court’s decision. The ConCourt granted leave to appeal, but dismissed the appeal, finding that the arbitration award was not one which a reasonable decision maker could not make.

The arbitrator found that the singing of the song was inappropriate, particularly in the context of the workplace, and that it could be offensive and hurtful, but she did not conclude that it constituted racism or contained racist words, contrary to some reports on the judgment. Whilst this distinction may be somewhat subtle, it is important in the context of determining the seriousness of misconduct. She held that none of the meanings of the word boer is racially offensive and that it is necessary to differentiate between conduct of the nature committed by the employees and referring to a person using a racist term. The employer accepted these findings as correct and NUMSA did not dispute that the song was inappropriate and offensive in context.

The ConCourt held that even if the singing had amounted to uttering racist words, dismissal could not follow as a matter of course. This reinforced the principle in our law that dismissal does not follow automatically in the case of racist conduct [see SARS v CCMA 2017 (2) BCLR 241 (CC) and Crown Chickens (Pty Ltd v Kapp [2002] 6 BLLR 493 (LAC)].

Therefore, the court was willing to approach the matter from the position that the employees were guilty of “racially offensive conduct”. The question which remained was whether the arbitration award was unreasonable, with the court finding that it was not.

The strike was peaceful, with no incidents of violence or threats to management and it only lasted a few hours. NUMSA validly argued that struggle songs play a unifying role in strikes and disputed that the singing was done out of racial hatred, pointing to the employees’ non-violent singing and dancing. The key consideration in determining whether dismissal was appropriate was the impact of the employees’ misconduct on the relationship of trust between them and their employer. In light of the above considerations, the arbitrator found that the relationship of trust had not irretrievably broken down and the ConCourt agreed with this.

It is important to note that the ConCourt was not required to pronounce on whether it agrees with the arbitrator’s decision or the reasons provided for it. It was only required to decide whether the LC had correctly found that the arbitration award was not reviewable.

As an interesting counterpoint to the outcome in Duncanmec, in the case of NUMSA obo Simons and Others v National Glass Distributors [2015] 11 BALLR 137 (MEIBC), at arbitration the dismissal of four striking employees was found to have been substantively fair where the employees chanted “f** off mlungu” directly at a factory manager. The facts of the case differ fundamentally to Duncanmec in that the dismissed employees formed part of a group of sixty strikers, carrying sticks and knop kieries who were in breach of picketing rules by picketing on the employer’s premises. The employees were found to have harassed and intimidated the manager and this, together with their use of racially abusive language was found to be dismissible. These rulings, considered collectively, demonstrate that dismissal is not a foregone conclusion when employees are guilty of racially offensive conduct, whether or not it is in the context of a strike, and the facts of a particular matter will determine the approach of arbitrators and the courts. 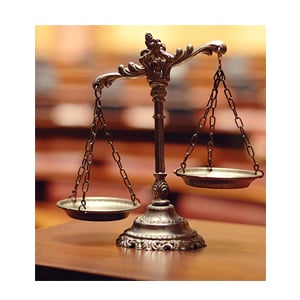