Can an employee get dismissed fairly for referring to a fellow employee as a “swartman”? : Not always

“On 28 May 2013, the Rustenburg Platinum Mine (“RPM”) dismissed Mr Meyer Bester on grounds of insubordination and making certain racial remarks.  On 24 April 2013, Mr. Ben Sedumedi (“Sedumedi”) and other colleagues held a safety meeting.  While the meeting was in progress, Bester entered the office and raised an issue falling within the scope of Sedumedi’s authority relating to parking in the workplace.

Two weeks prior to the date of dismissal, Bester found a large 4×4 vehicle (“the vehicle”) parked in the parking bay adjacent to the one that Sedumedi had allocated to him.  This resulted in Bester having difficulty to reverse park in his parking bay, although it was not impossible for him to do so.  He feared that he might scratch and bump the other party’s vehicle.  On numerous occasions Bester attempted to take the matter up with Sedumedi in an effort to arrange for the vehicle of the other party to be parked in one of the other available bays.  All the attempts which were made by Bester to resolve the issue with Sedumedi failed.

On 24 April 2013, Bester walked into Sedumedi’s office, pointed a finger at Sedumedi and said, in a loud and aggressive manner, that Sedumedi must ‘verwyder daar die swartman se voertuig’ (from the parking bay) otherwise he would take the matter up with management.  RPM charged Bester with two acts of misconduct, being those of insubordination and making a racial remark by using the word “swartman” to refer to a fellow employee when he requested that he move his vehicle.  On 23 May 2013, the chairperson of the disciplinary enquiry found Bester guilty of both of the two acts of misconduct and recommended the sanction of dismissal and, on 28 May 2013, RPM dismissed Bester.”

Having unsuccessfully appealed against his dismissal, Bester referred an unfair dismissal dispute to the Commission for Conciliation Mediation and Arbitration (“CCMA”) on 3 June 2013.  The dispute was not resolved through conciliation and was referred to arbitration.

Despite the Commissioner accepting that Bester had used the expression “swartman”, he found that the chairperson’s decision (at the disciplinary enquiry) was “far-fetched and nonsensical”.  Consequently, the Commissioner held that Bester’s dismissal was both substantively and procedurally unfair. He ordered RPM to reinstate Bester with retrospective effect and awarded him back pay.

At the Labour Court

RPM launched an application to review and set aside the CCMA’s award.  In the review, the Labour Court (“LC”) had to establish whether or not (1) there was a reference by Bester to a co-worker as a “swartman”; and (2) whether in making that remark, Bester breached a workplace rule that prohibits abusive and derogatory language and, in particular, racist remarks.

The LC found that Bester did use the expression “swartman” to refer to the person who parked next to him.  Furthermore, the LC held that Bester committed an act of serious misconduct that warranted his dismissal.  It concluded that on a proper assessment of the evidence presented at the arbitration hearing, the Commissioner reached a decision that a reasonable decision-maker would not have reached.  It held that in “in the present instance, there is no conceivable reason why race might justifiably have served as an identifier.  Bester was not, as the Commissioner suggested, referring to a physical attribute in order to identify a particular person.  Bester’s reference to the fellow employee as a ‘swartman’ was derogatory and racist.”

The LC accordingly reviewed and set aside the arbitration award and substituted it with an order declaring that Bester’s dismissal was both substantively and procedurally fair.

In the Labour Appeal Court

It is for the aforementioned reason that Bester filed an appeal against the judgment of the LC.  As a point of departure, the Labour Appeal Court (“LAC”) held that the test which applies in the determination of whether the use of the word “swartman” by Bester was derogatory or abusive, and was in contravention of the RPM’s disciplinary code, is an objective one.  RPM had the onus to prove that the language used by Bester was objectively derogatory.  The test is not based on how the employer understood the word nor on the subjective feelings of the person to whom the remark was made, but whether a reasonable, objective and informed person would, on the correct facts, perceive it to be so.  Once that is established, the burden of proof shifts to the employee to prove the existence of a ground of justification and that the derogatory or racist remark was not made with the intent to demean.

The LAC held that the objective facts are that Bester was angry with Sedumedi for refusing to assist him to resolve the parking problem.  This caused him to act in the manner he did, in storming into Sedumedi’s office demanding that Sedumedi must instruct the “swartman” to remove his car.   Bester did not know the driver of the other car (Tlhomelang) and neither did Tlhomelang know Bester.  It is important to note that Bester is white and to his knowledge the person parked next to him was black. Both Tlhomelang and Bester made it clear that they did not know each other nor each other’s names prior to the incident.  It is, therefore, not surprising that Tlhomelang himself took no offence at being referred to as “die swartman”.

The LAC was unable to find that Bester’s reference to Tlhomelang as a “swartman” was derogatory and racist.  Although the impact of a derogatory or racist word upon a person to whom it is addressed is not entirely irrelevant, the fact that he or she felt offended is one element; the word itself must be shown to be derogatory and racist, in context.  It must be found to be objectively derogatory on the evidence viewed as a whole.  The LC erroneously adopted a subjective approach in determining the effect of the word in question upon all those who were present at the meeting.  However, how they perceived or understood the word “swartman” is not decisive.

The LAC further held that Bester had no reason to denigrate Sedumedi or Tlhomelang, however, he did have a need to identify Tlhomelang (a person whose name, rank and division was unknown to him) and he used race as a descriptor.  The inference that Bester used the word “swartman” in context to describe Thlomelang would be equally plausible.  This in itself cannot be regarded as racist.

It is important to scrutinise the context in which a race descriptor is used, and not to presume that the mere use of a race descriptor is derogatory and racist.  Prior to charging an employee for racism, it is important for one to apply an objective test and determine (1) whether the statement and/or language was/is objectively derogatory; and (2) whether a reasonable person would, on the correct facts, perceive it to be derogatory.  The subjective feelings of the person to whom the alleged derogatory statement is made, although relevant, are not sufficient in order to declare a statement and/or the nature of the language as being derogatory. 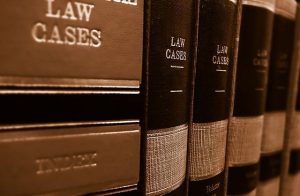