To consult or not to consult. Is there a duty to consult a minority union during a retrenchment?

In the matter of Association of Mineworkers and Construction and Others v Royal Bafokeng Platinum Limited and Others (CCT181/18) [2020] ZACC 1 (23 January 2020) the Constitutional Court found that an employer is not required to consult with a minority union during a Section 189 process.

1. The Employer entered into a recognition agreement with two of the three trade unions in the workplace, NUM and UASA. NUM enjoyed a majority of support in the workplace, having around 75% of the workforce as members. UASA and AMCU enjoyed minority support, with AMCU representing approximately 11% of employees.

2. In March 2015, an addendum was added to the recognition agreement wherein the parties (Employer, NUM and UASA) agreed to consult exclusively over any dismissal that were to occur for operational requirements.

3. On 5 August, the Employer began to consult with NUM and UASA (as per the recognition agreement). The consultation resulted in the signing of a retrenchment agreement on 18 September 2015. The notable aspects to this agreement were –

a. the agreement was extended in terms of section 23(1)(d) of the LRA to employees who were neither members of NUM nor UASA; and

b. the agreement is in full and final settlement and accordingly those party to the agreement waived their rights to challenge the lawfulness or fairness of their retrenchment.

4. Throughout the entire process, AMCU was excluded from the consultations with the Employer over the prospective retrench-ment. Accordingly AMCU nor its members were aware of the dismissals based on the Employer’s operational requirements.

5. Aggrieved by the dismissal, AMCU eventually opted to mount a constitutional challenge aimed at declaring section 189(1)(a) – (c) and section 23(1)(d) of the LRA unconstitutional and invalid. Seemingly in the alternative, AMCU further sought the setting aside of the retrenchment agreement and/or its extension to themselves. AMCU requested that the dismissals be declared of no force and effect and that the employees be reinstated.

6. Both the Labour Court and the Labour Appeal Court dismissed AMCU’s claims. The matter then came before the Constitutional Court.

7. The majority of the Constitutional Court, as per Froneman J, found that the constitutional challenge to section 23(1)(d) should be dismissed and that section 189(1) is not constitutionally invalid.

a. Our jurisprudence has consistently interpreted section 189 to exclude any requirement of individual or parallel consultation in the retrenchment process.

b. Section 189 specifically renounced a system of ‘dual consultation’.

d. The right not to be unfairly dismissed is sourced in the LRA and not the Constitution and the LRA itself distinguishes between what is fair for dismissals based on misconduct and incapacity, with what is fair for “no-fault” dismissals relating to operational requirements.

e. A further distinction is made, dismissal for misconduct or incapacity require individual enquiry, whilst a dismissal for operational requirements is suited to objective factors.

f. Because the decision to retrench is not based on individual conduct, there can be no need for individual consultation and this has been consistently affirmed by the Labour Courts for the past 20 years.

9. The Court finally held that even if section 189(1) did limit the right to fair labour practices, such limitation would be justifiable. Accordingly, the majority dismissed the appeal.

10. The Constitutional Court confirmed that an employer is only required to consult with those parties that are identified in section 189(1) of the LRA.

For more information on this matter please do not hesitate to contact us. 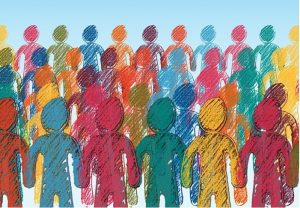