Can an employee get dismissed fairly for referring to a fellow employee as a ”Swartman”? Not Always

“On 28 May 2013, the Rustenburg Platinum Mine (“RPM”) dismissed Mr. Meyer Bester on the grounds of insubordination and making certain racial remarks. On 24 April 2013, Mr. Ben Sedumedi and other colleagues held a safety meeting. While the meeting was in progress, Bester entered the office and raised an issue falling within the scope of Sedumedi’s authority relating to parking in the workplace.

Two weeks prior to the date of dismissal, Bester found a large 4×4 vehicle parked in the parking bay adjacent to the one that Sedumedi had allocated to him. This resulted in Bester having difficulty to reverse park in his parking bay, although it was not impossible for him to do so. He feared that he might scratch and bump the other party’s vehicle. On numerous occasions Bester attempted to take the matter up with Sedumedi in an effort to arrange for the vehicle of the other party to be parked in one of the other available bays. All the attempts which were made by Bester to resolve the issue with Sedumedi failed.

On 24 April 2013, Bester walked into Sedumedi’s office, pointed a finger at Sedumedi and said, in a loud and aggressive manner, that Sedumedi must ‘verwyder daar die swartman se voertuig’ (from the parking bay) otherwise he would take the matter up with management. RPM charged Bester with two acts of misconduct being those of insubordination and making a racial remark by using the word ‘swartman’ to refer to a fellow employee when he requested that he move his vehicle. On 23 May 2013, the chairperson of the disciplinary enquiry found Bester guilty of both of the two acts of misconduct and recommended the sanction of dismissal and, on 28 May 2013, RPM dismissed Bester.” 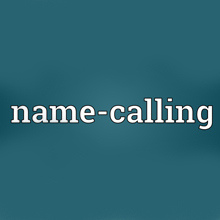