Is there an obligation on an employee to disclose previous convictions when appointed?

The issue that had to be decided in Bhembe / Independent Development Trust (IDT) (2015) 24 CCMA 7.17.1 was whether the dismissal of the applicant, Mrs. Busisiwe Bhembe (hereinafter referred to as “Bhembe” or “the applicant”), was conducted in a fair procedure; and whether there was a valid and legitimate reason for the dismissal.

In deciding the aforementioned, the Commission for Conciliation, Mediation and Arbitration (“the CCMA”) had to establish whether or not the dismissal of Bhembe, which was consequent to her failing to disclose that she had criminal charges against her in Swaziland and that her previous employer dismissed her for fraud, was fair.

Bhembe was employed as a regional manager. Her fixed-term contracts were renewed on several times until the employer, Independent Development Trust (hereinafter referred to as “IDT” or “the respondent”) heard that she had failed to disclose, at her pre-employment interview, that she had a pending criminal case against her in Swaziland; and that she had allegedly been dismissed by her former employer.  It was further alleged that she had made several misrepresentations during her employment which had caused the employer financial losses.  She was found guilty of, inter alia, fraud and dismissed.

Bhembe was charged among other with the following charges:

The question that arises from these charges is whether or not there is a duty to disclose previous convictions or pending criminal charges?  If such duty does exist; can an employee be dismissed for failing to disclose same?

Upon analysing the evidence, the CCMA held that “there is no obligation on an employee to disclose anything in his or her past which might prejudice him or her.  However, it was held that in certain circumstances there may well be a duty on the applicant to disclose previous misconduct, especially when it is of such a nature that it disqualifies him or her from his or her new appointment.”

The CCMA went further and illustrated examples and cited cases under which an employee may be obligated to make disclosures; mainly:

The CCMA took note that in the present matter there were no prior misconduct or at least no evidence of any, and the applicant was never convicted of a criminal offence nor was she dismissed from her previous employer.  Further, she was never asked in the interview process about any criminal charges being levelled against here and/or criminal convictions for that matter.  In addition, the CCMA made reference to the principle that all persons are presumed innocent until proven guilty – the present circumstances do not create an obligation upon the applicant to disclose the fact that criminal charges had been levied against her.

Owing to the aforementioned, it is trite that employers, during interviews, ask all the necessary questions and not assume any obligations to disclose on the part of the employee.  As evident in the Bhembe’s case, it is not always guaranteed that a labour forum would find that an employee had(s) the obligation to make a disclosure.  Don’t assume; ask!

This matter can also be specifically regulated in the proposed employment contract of an applicant. 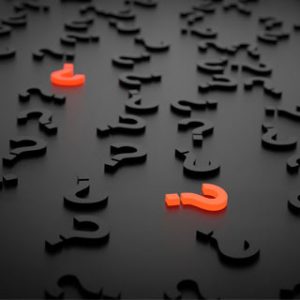