The Employment Equity Bill proposes a number of changes which seek to shape the employment equity landscape and will cause companies to have to change their practices
significantly in certain respect.

It is evident from the Executive Summary of the twenty year review of the Implementation of the Employment Equity Act, 1998 (“the EEA”) that the Department of Labour is not satisfied with the pace of transformation over this period. The prevailing system, which includes self-imposed targets for employers, has not been effective in transforming the economy. This is evident from the unsatisfactory representation of black people and women in the top levels of companies in South Africa.

In light of the status quo, the legislature has proposed amendments aimed at enhancing the efficacy of the affirmative action provisions found in Chapter III of the EEA. The purpose of these amendments is, firstly, to allow the Minister of Labour (“the Minister”) to establish sectoral numerical targets to ensure that there is equitable representation of suitably qualified people from the designated groups at all occupational levels in the workforce and, secondly, to enhance the administration of the EEA, including the implementation of section 53 concerning state contracts.

Important provisions in the Bill

In order to give effect to the purpose of the Bill, certain definitions are introduced and amended in the EEA.

A definition of “the state” is included, which is relevant regarding the application of contracts concluded between an employer and an organ of state in terms of section 53.

In 2017, the High Court found in Association of Test Publishers of South Africa v the President of the RSA that the requirement in section 8 of the EEA, that psychological testing and other similar assessments must be certified by the Health Professions Council of South Africa (“the HPCSA”) before they could be used by employers, was null and void, due to there being no regulatory structure within the HPCSA that provides for the objective certification of such tests. Consequently, the Bill amends section 8 of the EEA to reflect this position. In the event of a dispute, the validity of tests of this nature will continue to be subject to evaluation by the Labour Court.

In terms of the proposed new section 15A of the EEA, the Minister is allowed to identify national economic sectors for the purposes of the administration of the act and establish numerical targets for any sector. The purpose of this is to ensure that suitably qualified people from the designated groups are equitably represented at all occupational levels in the workforce. These targets may differentiate between occupational levels or regions within a sector. The numerical targets set by employers in employment equity plans in terms of section 20(2) would have to be compliant with sectoral targets.

The Regulations set out the criteria within a sector which the Minister may take into account in determining targets, including qualifications, skills and experience, natural attrition and recruitment trends. It is important to note that the definition of “sector” is amended to include a part of any industry or service.

It is evident that the Department of Labour does not regard the current system of self-imposed targets without a statutory point of departure as being sufficient and this would be a sea change for employers in terms of managing transformation within their organisations.

It is potentially significant that in terms of the Bill, the annual deadline for submission of employment equity reports by employers will no longer be the first working day of October and the Minister may prescribe by regulation the manner in which reports must be submitted.

Section 42 is amended in the Bill to the effect that a designated employer’s compliance with its obligation to implement affirmative action may be measured against the demographic profile of either the national or the regional economically active population. In addition, compliance may be measured against the sectoral targets set by the Minister in terms of section 15A of the EEA.

The amended section 53 provides that state contracts may only be issued to employers that have been certified as being in compliance with their obligations under the EEA. A declaration by an employer that it has complied will no longer be an acceptable alternative. The Bill sets out the requirements for a certificate to be issued to an employer by the Minister, which includes compliance with sectoral targets and with the National Minimum Wage Act, 2018.

The Regulations expand on the meaning and purpose of equal pay for work of equal value in terms of section 6(4) of the EEA and sets out the criteria and methodology for assessing claims of this nature.

It is advisable that organisations familiarise themselves with the detail of these changes in order to understand their implications and the steps to take in anticipation of their implementation. Although it is still early in the legislative process, and there is no certainty as to whether these proposed amendments will be enacted in their current form, it is clear that they are intended to drive transformation in our workplaces.

Adapting effectively to the changes and being proactive in terms of aligning practices to new statutory requirements will display that businesses are genuine in their attempts to transform, which attribute is becoming increasingly weighty as a key business differentiator. 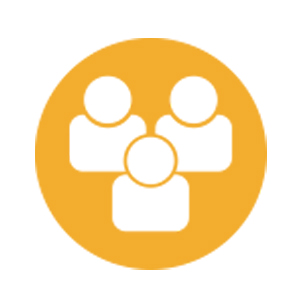