E-cigarettes in the Workplace

E-cigarettes are relatively new on the market (starting in China in 2002) and purport to be offering a tobacco free, smokeless alternative. E-cigarettes market themselves as a harmless, even life-saving, smoking alternative that rely on the inhaling and exhaling of liquid nicotine vapour – referred to as “vaping.”

Internationally, health organisations have been decrying the promises of the e-cigarette. According to anti-smoking proponents the claims regarding the safety of liquid nicotine are misleading and products vary with regards to the amount of nicotine as well as the additional potentially toxic substances that the nicotine is combined with. Currently, there is no quality control over the manufacture of e-cigarettes and no research exists regarding their safety or their environmental impact. It is known, however, that nicotine is a very addictive substance in any form. In Australia nicotine is classified as a ‘dangerous poison’ on the same level as substances like chlorine. In the USA the FDA has not approved e-cigarettes as a tobacco cessation device. As a result, in the USA, e-cigarette users are generally considered (for medical insurance purposes) to still be smokers. In the USA numerous states have introduced laws regulating the use of e-cigarettes and/or treating e-cigarettes in the same or similar manner as traditional cigarettes. Further, the U.S. Air Force and the U.S. Department of Transportation have banned e-cigarette use on all airplanes. In addition, at the end of April 2014 the U.S. Food and Drug Administration proposed that a new rule be issued that would extend the agency’s tobacco authority to cover e-cigarettes. In the UK e-cigarette companies are not allowed to market themselves as a “quit smoking” product without a valid license. Further, Heathrow Airport has set up a dedicated e-cigarette lounge.  In Australia the courts have enforced fines on people for using e-cigarettes in places where “smoking” is banned.

The South African Tobacco Products Control Act, 83 of 1993 (as amended), (SATPCA) governs “smoking” in the workplace. However, the SATPCA by definition only applies to products containing tobacco (Section 1) and defines “smoking” as inhaling, exhaling, holding or otherwise having control “over an ignited tobacco product weed or plant…” Since e-cigarette products do not contain any tobacco SATPCA is unlikely to find application. Thus a policy on e-cigarettes cannot emanate from an obligation in terms of SATPCA.

As already mentioned, the safety of e-cigarettes is currently unknown and no evidence exists that shows that e-cigarettes are safe for the user and/or third parties who are exposed to it. In South Africa, in terms of recent amendments to the Medicines and Related Substances Act, 101 of 1965, the nicotine found in e-cigarettes meet the definition of a schedule 3 substance and thus requires a prescription from a medical practitioner in order to make a purchase. Where the product is properly registered as a smoking cessation device, the product may be classified as schedule 2. Currently none of the e-cigarette retailers are complying with this legislation and enforcement is simply not happening. Unfortunately, the Medicines and Related Substances Act provides little legislative support for the implementation of a policy banning or limiting the use and enjoyment of e-cigarettes in the workplace, however it does give rise to health and safety concerns as it essentially results in users of e-cigarettes who use the product without a prescription being, essentially, abusers of prescription medication. Furthermore, legitimate health and safety concerns arising from the uncertainty of the safety of e-cigarettes for third parties may allow for the implementation of a policy in terms of the Occupational Health and Safety Act, 85 of 1993. The above factors, compounded by the potential nuisance for non-smokers and the fact that e-cigarettes often look strikingly similar to tobacco cigarettes making policing of the standard no smoking policy more difficult for employers, may justify the implementation of an e-cigarette policy.

The dangers of e-cigarettes are unknown and it is wise, and probably simpler, for employers to adopt a standard smoking policy that encompasses e-cigarette use as well as traditional smoking products. However, employers seeking to amend their existing smoking policies or to implement a new policy in order to regulate the use of e-cigarettes in the workplace should do so through a consultative process with its employees and/or their recognised unions. 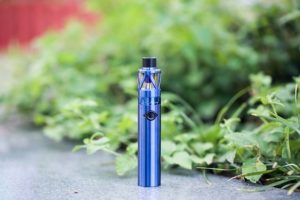